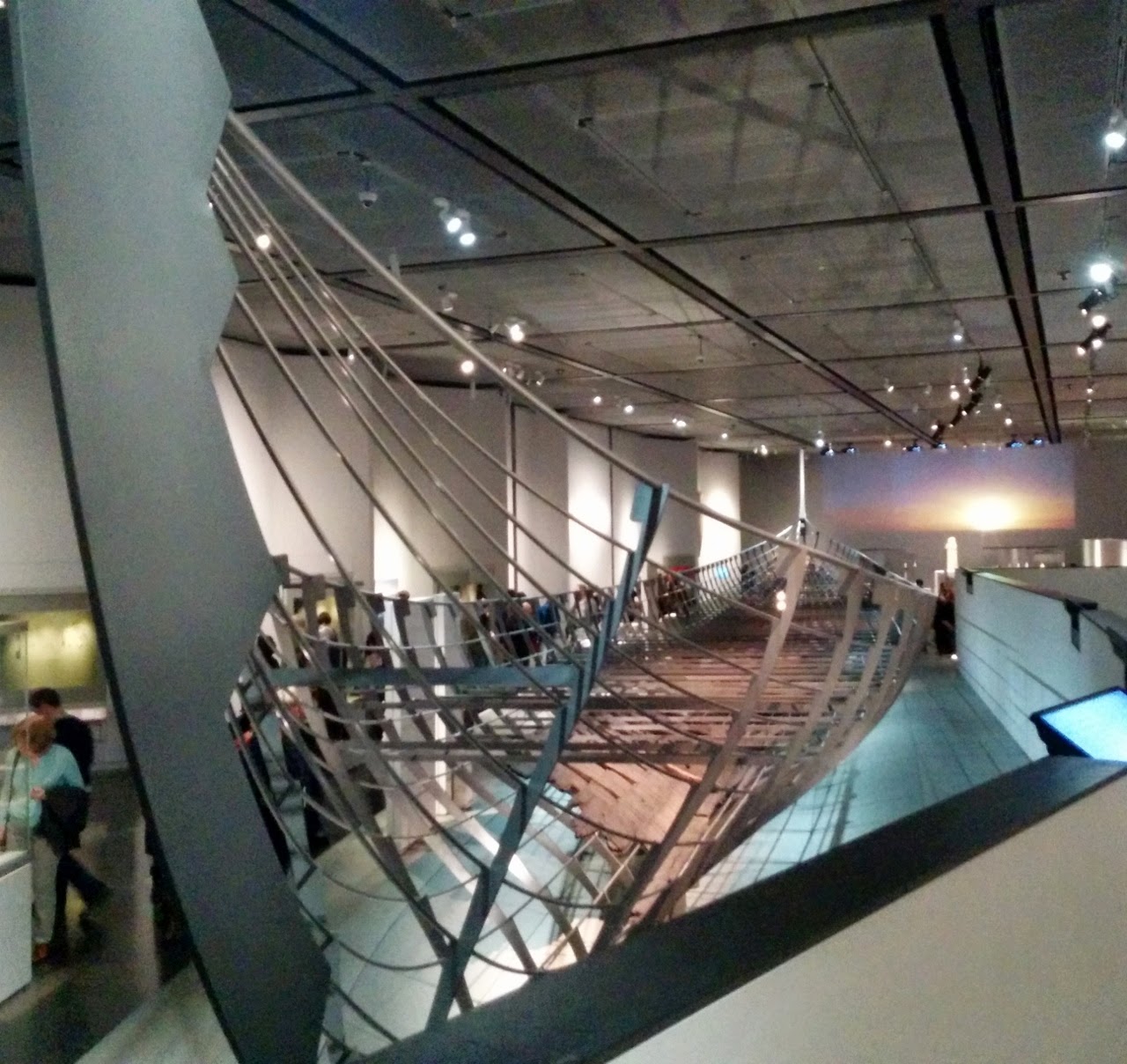 What's the first thing you think about when someone says "Vikings"?

Well according to the British Museum what you should think of is broaches, for there're a lot of them in this extraordinarily boring and disappointing exhibition about Vikings.

Of course there's not just broaches, there are also clothing clasps, bangles, cups, combs and even horse stirrups.

I mean silly me, wanting to see one of those Viking navigation tools, the sunboards they used to cross the North Atlantic Ocean. What really mattered was their broaches.

Yes there is the great long ship (above) but its a metal shell for a few planks. Even the Evening Standard's Brian Sewell - not known as a sailor - had a long, long list of questions that were unanswered:


We cannot tell how it sat on the water, where the oarsmen were — were they aft, their weight keeping the prow high? Nor how many men there were, where they slept, where they kept their stores or stowed their booty. Was it in any way decked? Where could a Byzantine Emperor have dined? Could it be beached, or did it require a harbour? What were it colours? How big was its sail?

That could be why he called the exhibition a disaster. He wasn't alone in being disappointed - The Guardian felt equally let down.

I really can't find a reason to recommend you go apart from the fact that if you get a ticket to one of the late sessions you can wander round the Great Court nearly empty of people: 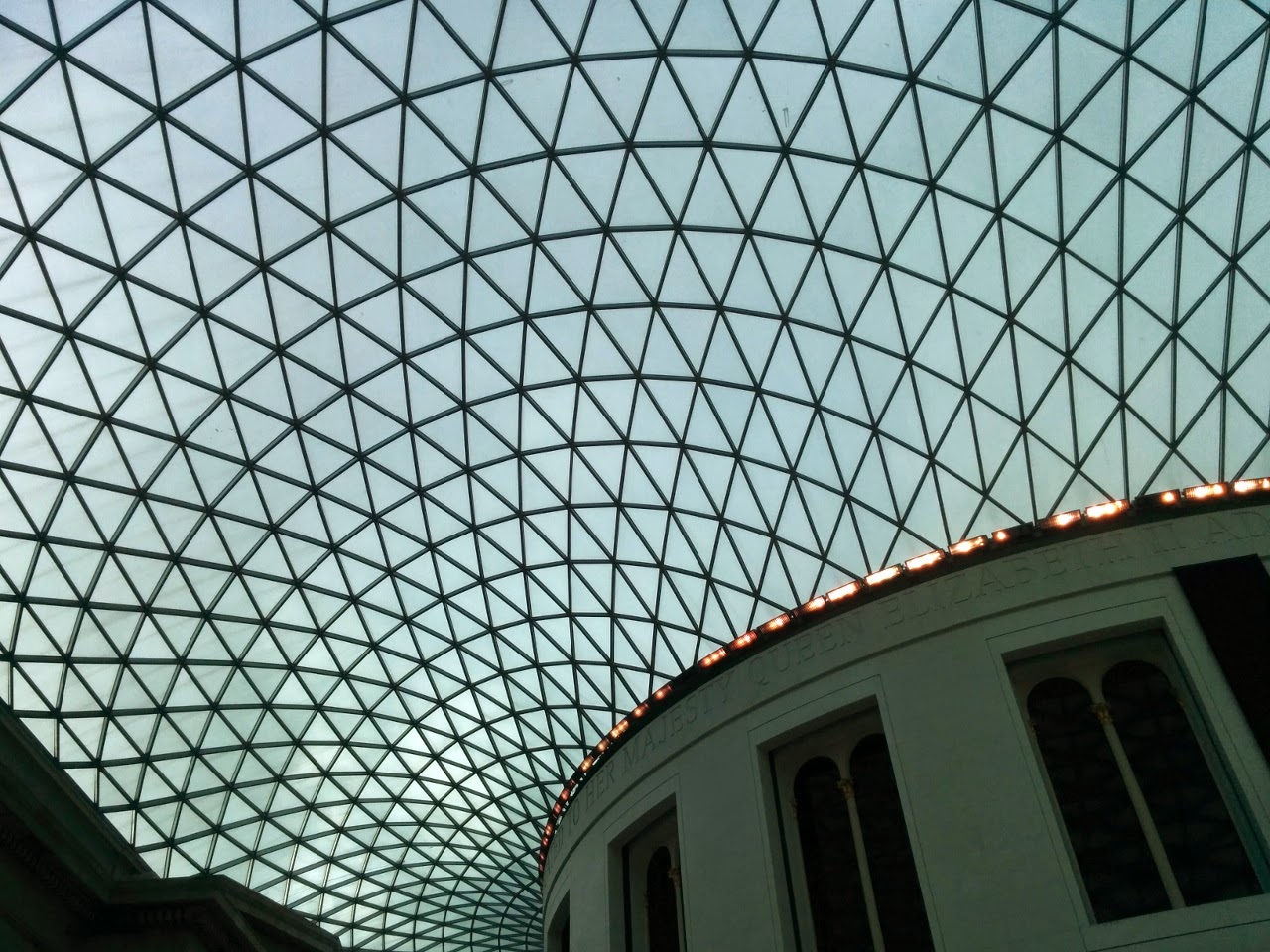 Even after being open for over a decade it still impresses.

I really enjoyed the exhibition, and it was supposed to be about their art and culture, not pillaging. I could see a fair bit of the construction method for the boat - there were just enough bits of wood left - and was mightily impressed by its size and beauty,
Four Candles Alan

I might explain a bit more what I'd like to have seen based on my own experiences in sailing those waters, reading about Vikings and seeing a couple of Viking ships