The Will & Kate plan to re-conquer America: part 1 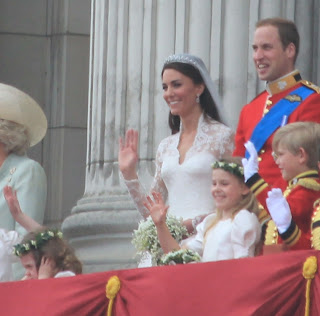 Today we welcome back this blog's guest contributor, the outspoken commentator Glenn Beard, the man unafraid to speak his mind, who seems to have a scoop on his hands:

Friends, I am here because I am mad!

In a few days time three hundred million people will celebrate the defeat of Britain! Can you imagine it -  actually having parties and letting off fireworks on what should be a day of quiet reflection. So-called civilised people will be seen for what they are - descendants of tax evaders!

But I have in my hands - my trembling hands - documents that show that not all is lost. For due to a deep undercover mission of our Secret Intelligence Service or SIS the day is coming when the colonies will be recovered.

These hand written papers from the 1770s show that Benjamin Franklin was actually a British double agent!! "Turned" by the SIS during his stay in London he returned to reek havoc on the revolutionaries, ensuring the ultimate failure of the United States of America.

The master-stroke was the constitution, written in such a way as to ensure there would come a time in which the states would become ungovernable, political processes so stalemated that the government would ultimately run out of money, unable to borrow a dollar more.

And that day approaches! The tour across the pond by the highly popular Will and Kate is part of top secret manoeuvring where by Britain will take over some of the United States of Ameri-can't's debt in return for them ascending to the throne.

But how can Britain afford to do this, you might ask? Indeed, but that's where it gets even cleverer - more tomorrow!!

The role of tax evasion in our nation's birth is so lauded here, that it has been adopted as a guiding principle by nearly every major corporation in America.

What a devilish plan. And I think it will work. Judging by how many Americans drooled over the recent wedding of Kate and William, I suspect that King William of the 50 Colonies will be more popular than any current American politician.

Especially if he makes Pippa Secretary of State!

Apparently Prince Philip's only comments on being presented with the plans were "Damn it Liz, I'd rather loose America again than Pippa!!"