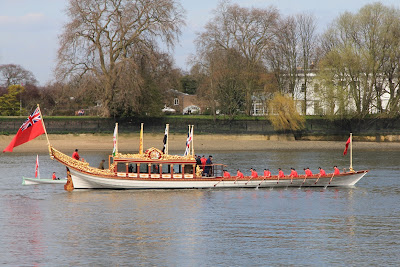 Chris of Rowing for Pleasure did warn me the Tudor Pull was coming through Putney and even was good enough to send me the schedule so I'd be ready at 3 pm, that being the predicted time.

Alas their rowing skills, plus no doubt a bit of help with the outgoing current, meant they arrived 10 minutes early and I wasn't quite where I'd planned to be, but still managed to get these snaps.

Gloriana was looking particularly fine in her gold with red coated rowers (above) and there were many admirers watching as she led her little fleet through Putney (below): 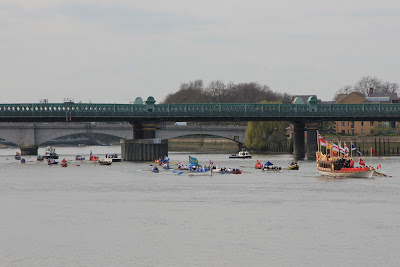 Of course most of those watchers also asked "I wonder what that's all about?" and I was tempted to explain all until I realised I forgotten some of the critical historical details, such as what exactly is a Stela, so couldn't. 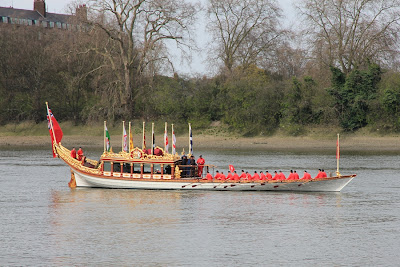 Anyway some cracking rowing by all involved including this bunch: 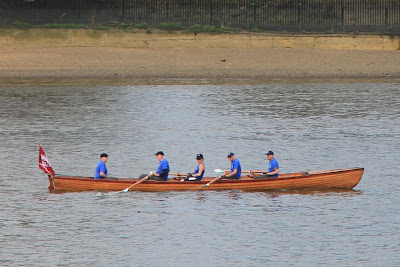 Curses - was I spotted? 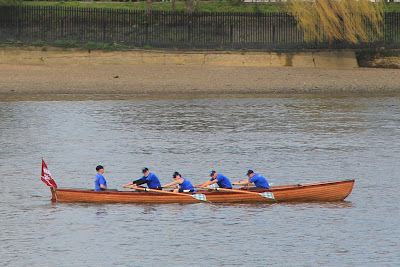