London Olympics: Why the Danish National House was my favourite 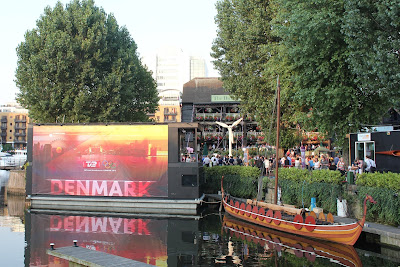 My favourite of the three national houses I visited during the London 2012 Olympics was the Danish one.

Partly it was because they invited me for a trip on the tall ship Maja as it went under Tower Bridge the day before the Olympics opened.

Partly it was because they built a replica of the Olympic Village in Lego: 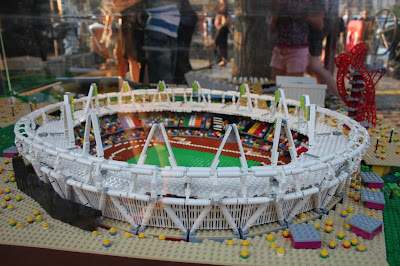 Partly it was because they showed me around this lovely replica Viking boat (more on that later): 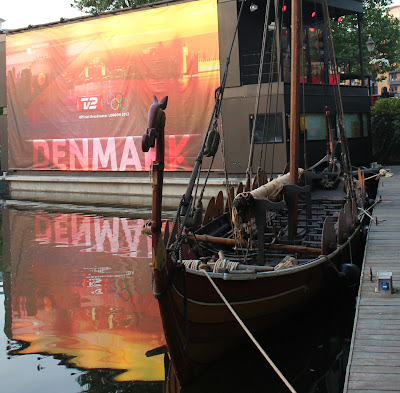 But mostly it was because everyone I met was really friendly and helpful.

For example when I turned up the two Viking experts were eating strawberries and cream and yet despite that took time out to show me around the boat.

What can I say but sorry and thanks!
Posted by JP at 2:47 pm