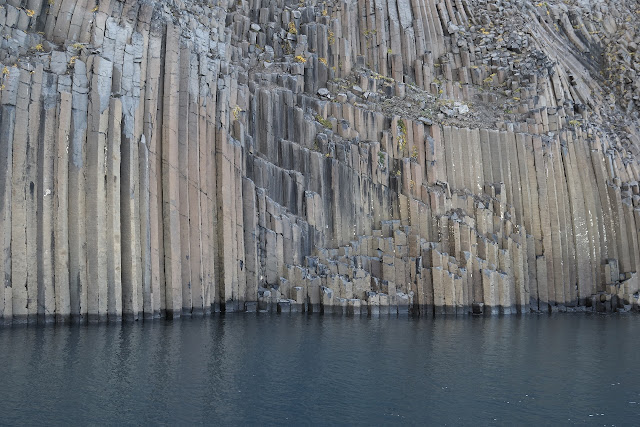 The geology of Greenland is fascinating, even to a non-expert like me.

Parts of it are some of the oldest, if not the oldest, rocks on planet Earth, going back an estimated 3.5 billion years.

There is evidence of volcanic activity all over the place, such as the basalt columns above. These must cool just right (slowly) to form these hexagonal columns like at Fingal's Cave or the Giant's Causeway.

In other places there were seams running through much younger sandstone, such as here (with the shadow of the mast): 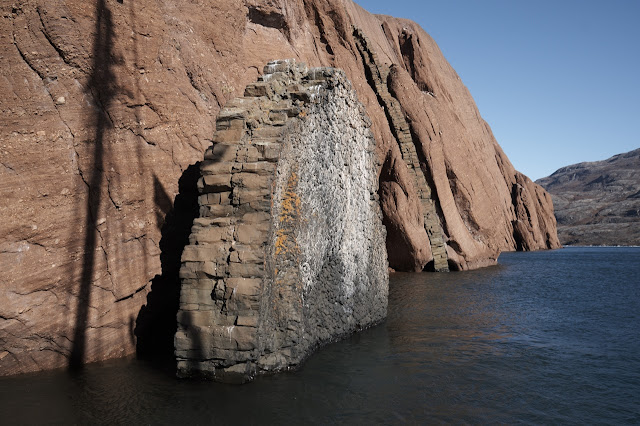 The red sandstone made this island look more than a little like Uluru (Ayers Rock), but with these plates of basalt running through. As the sandstone is relatively soft it wears away, leaving the harder volcanic rock standing, its own little island.

In other places the volcanic layers went through the harder granite and so was wearing away quicker than the surrounding rocks, reversing the effect.

Then of course there was ample evidence of glacier activity in the shape of the fjord and also the way stones were shaped by the flow of ice: 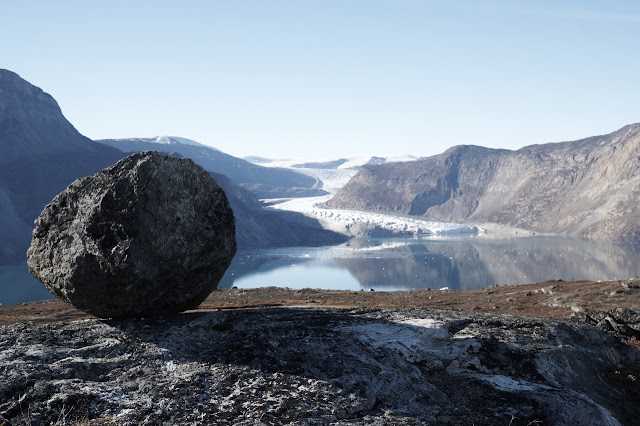 There were quite a few standing stones like this, presumably deposited by some glacier in the past.

Other stones seemed shaped less by the random forces of nature than some directed intelligence: 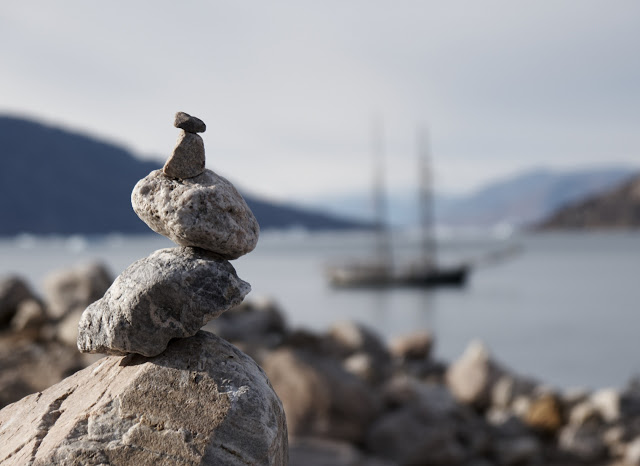 Even in this wilderness we humans can't help leaving messages saying "we were here".