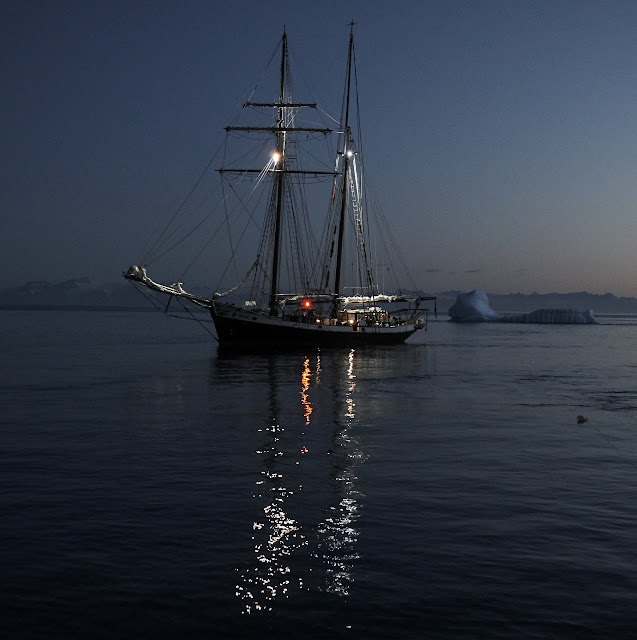 At Constable Point (Nerlerit Inaat) we joined the Opal, above, and from the start I just loved this ship.

The Opal was built in 1951 in Germany as a trawler and then converted into a schooner. Later the gaff rig was modified to include foremast square rig topsails and topgallants.

This modification was because in waters such as Scoresby Sound the wind tends to blow along the fjords, meaning you're either going slap bang against it or with it. And tacking into the wind in a narrow channel full of icebergs isn't much fun, so in practice you'd motor. Hence you'd be most likely to sail downwind where a square rig is actually more practical.

The engine was electric with a generator, so it could be ultra quiet plus it was very efficient, which helped reduce CO2 emissions. The owner (North Sailing) was keen to go carbon neutral and when Opal is sailing close to Iceland it can recharge the batteries from the renewable grid.

So lovely and good for the environment!

Below deck there were cosy cabins with bunk beds named after exploration vessels: 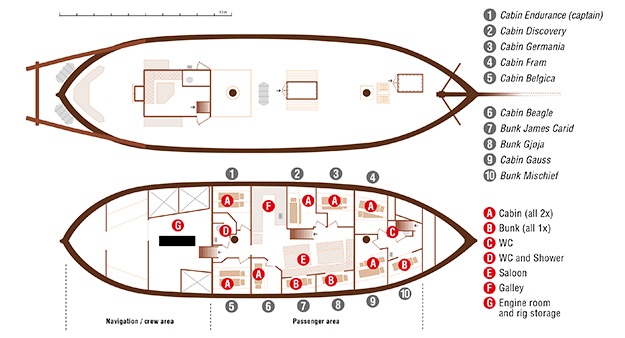 There was also a log burning stove which made the cabin nice and warm and created atmospheric scenes on deck: 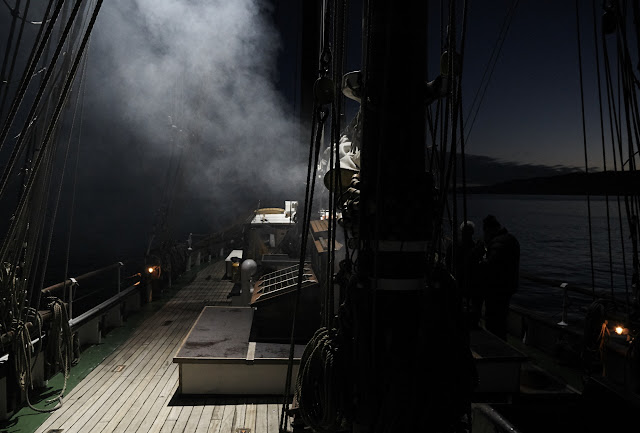