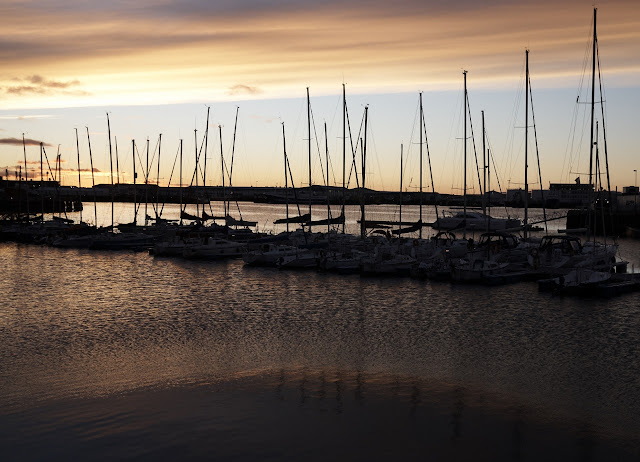 I rather like Reykjavik, capital Iceland, though it has got rather touristy in the last few years. But the Brokey yacht club marina is the same, always my first port of call after checking into the hotel.

It's behind the Harpa concert hall down by the old harbour, its glass walls reflecting the sky, whether grey or golden in the sunset: 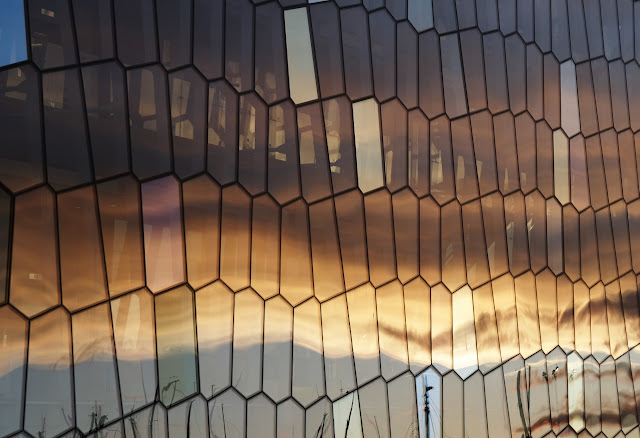 I've often found interesting boats moored there, and this trip was no exception as there were two yachts that had sailed up from the UK.

One had an aluminium hull, clearly designed for high latitude sailing which was from Fowey where I'd sailed classic yachts a few years ago. The other was a lovely Bristol Pilot Cutter called Dolphin from... er.. Bristol, which appeared to have sailed everywhere in northern waters.

They were just back from Scoresby Sound, which was a coincidence as that was where I was heading... so we had a good chat, yarn even, about people and places we both knew, such as Siggi on Aurora with whom I'd sailed with a few years before, and also the ship and people I was to sail with this time.

What a good place to visit -  plus of course this was where Tristan and I arrived after our sail to the Arctic Circle.

We also talked about another yacht we had seen moored in Reykjavik, but not in the Brokey Yacht club marina....an epic whale of a yacht....