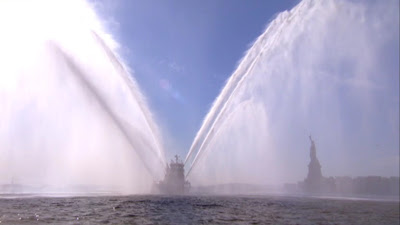 I'm not sure how they do it. Ok, I can see technically how its done, but what's the key to unlocking the Beeb's purse to be paid to say the most mundane dialog on a series of rather nice boats.

Every year its the same, and the only difference is location. This time the three men were in east coast US, pottering down to NY for the flotilla to commemorate the 125th anniversary of the Statue of Liberty.

There is no edginess to it, apart from the setting-teeth-on-edge type. To make it interesting they could have wheeled on Newt Gringrich and sent him in a time machine to 1775 where he could have told George Washington "There is no such country as America and no such people as Americans" just as he said about the Palestinians.

There was this fictitious task that they must find a boat and then convince the owner to sail it down to NY the very next day. But given that the boats were the likes of the lightship Nantucket you'd have to be a GOP candidate not to realise this was a gigantic fix.

On the plus side there were cheerleaders: 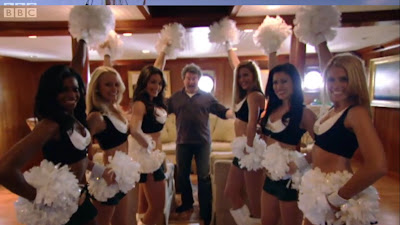 They were rather good, there should be more cheerleaders in sailing programs. They did this routine about "give us a J, give us a P...." - no hang on, that's my imagination.

At the very, very start there was a very, very short clip of the three men actually sailing: 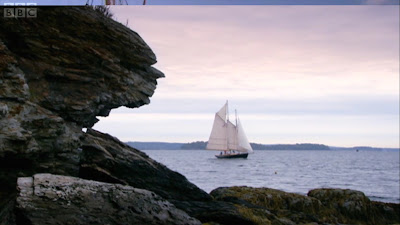 Sailing programs, after all, should actually have some sailing in them.

But there wasn't nearly enough: much better to instead watch on iPlayer a great Great Expectations.
Posted by JP at 10:33 am

Having fast forwarded through some of their previous, facile efforts, on the iPlayer (I don’t have a TV) I wasn’t even remotely tempted to watch this.

I'm not sure I can really say I watched it. Rather it was on as I was wandering around doing chores.

I didn't bother with it either. They aren't even funny any more.