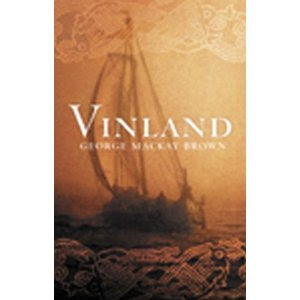 Where Ackroyd disappointed there was one book both of us really enjoyed and could relate to while sailing those northern waters.

Its author, George Mackay Brown, was not someone either of us had heard of but Tristan picked it up in the small bookshop in Kirkwall, Orkney.

I'm guessing he's deeply unfashionable with those that value the latest linguistic innovations, convention breaking style or paradigm changing literature, nor those that like twists and cliff-hangers.

It has a plain, straight-forward approach to story telling, where plot points are well sign-posted and language is used simply and cleanly, as in the opening two sentences:

There was a boy who lived in a hamlet in Orkney called Mannavoe. The boy's name was Ranald.

The book tells the story of Ranald from childhood to grave. Mostly he lived on Orkney but he travelled as a boy across the wide sea to Iceland, Greenland, Vinland and Norway, and in later years to the south.

It is set in the time when the Vikings were settling down, converting from their pagan gods to Christianity, when there was conflict as to who should control Orkney between three of the ruling Earl's sons, and between their allegiance to Scotland or Norway.

While there is politics and battle this is ultimately something else, the author's spiritual vision coming through, though not overpowering or distracting.

It felt right to be reading it while sailing those waters north of Orkney that the long ships roamed across a thousand years ago, written quietly yet capturing the spirit and tone of those sagas.

Thank you for the review, book ordered.

Hope you enjoy it!