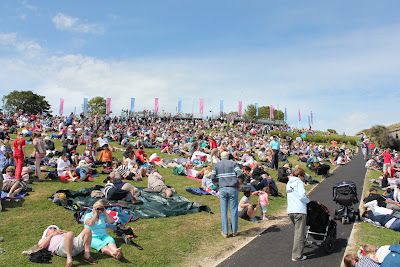 So if you have a ticket for the sailing at Weymouth, what do need to know?

I took the train and that's probably the best idea if you're coming from London. There was all sort of talk of crowding but in fact the train wasn't too busy so no need to drive unless you really want to.

You could bike to the site as there are racks just outside.

Really, really good. There were meet and greeters handing out maps to get from the station to the viewing area (free) and also programs (£5 for sailing only). The route to the Nothe is well sign-posted and pedestrianised so an easy walk: 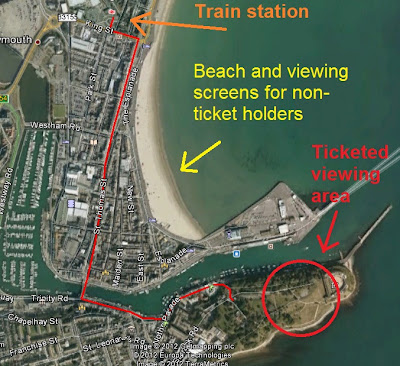 There's also an area for those without tickets set up with big screens etc.

Getting in to the site

There is bag security and ticket checks on the way but they went pretty smoothly and then the site is quite small so easy to find your way around.

Of course there was a good sized bar: 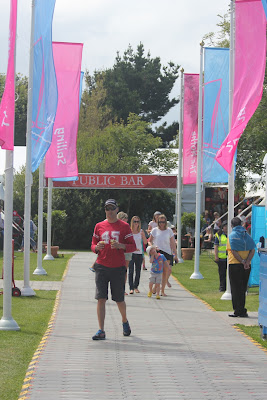 If things were exciting and you didn't want to leave the viewing area then there were people walking around selling drinks and ice creams etc - all you had to do was wave them over.

There were some limitations due to sponsor restrictions, and also scope. Not much puds, fruit, cakes or sweet things apart from ice cream, but you could get a tea and cake in the cafe in the Nothe Fort (more on that later)

Other things to know

There's a Olympic shop for t-shirts and souvenirs but note they accept only cash or Visa credit cards.

The races offshore are shown on big screen TV the same as elsewhere, except if you wave your flag a lot and paint your face with your country's flag you have the chance of being shown up there thanks to the many TV crews wandering around.

The seating area is basically a grassy hill so if its wet you might want something to sit on. However there are tables and chairs for lunch including a large covered area.

The Nothe Fort is mostly indoors which could be nice if its very wet or hot.

You can keep track of what's going on using the fantastic London Olympic Apps which have everything from schedule, tables and athletes but also who's in what position around each mark.

Couldn't find anywhere to buy things like sun cream so you might want to bring that with you.

Remember you're there to have fun and you don't have to watch every second of every race! 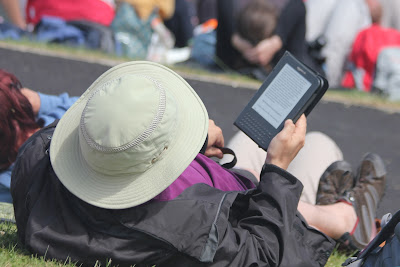 Are there any views from high up for non ticket holders?

There is the Weymouth Sealive Observation Tower:
http://www.weymouth-tower.com/

It should be able to see the Nothe course quite well but you do have to pay and I'm not sure if there are limits on how long you can stay up there.

Alternatively if you walk a bit further beyond the ticketed area you'll get to a grassy triangle behind Newton Road. I haven't been there but it looks like to should be able to see some of the course