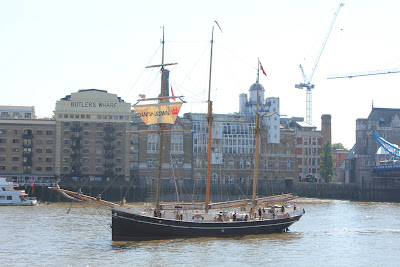 Earlier last week I heard that Denmark had brought a Viking boat over to London and after the Arctic Sail expedition was immediately interested. Pinging off an email I got an invitation to go on-board the tall ship Maja, as blogged here, and a lovely boat she was too.

Built in 1918 she was originally a two masted fishing boat, iron hull with Douglas-fir masts. Then in 1931 she was extended by 7m, given an extra mast and converted into a cargo ship.

Remarkably her working life ended only in 1979 and now she is the centre piece of Denmark's Imagination event at St. Katherine's Dock London for the next three weeks: 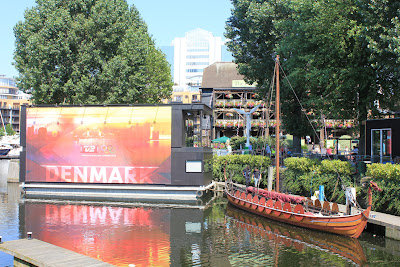 The Maja was sailed over from Denmark by just 5 crew - the skipper and then two sets of two person watches, which seems quite minimal to me.

I would so like to have a chance to sail something like that at sea, watching those masts and sails silhouetted against a night's sky full of stars. 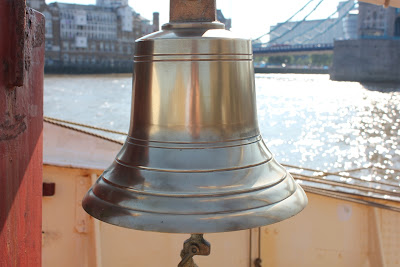 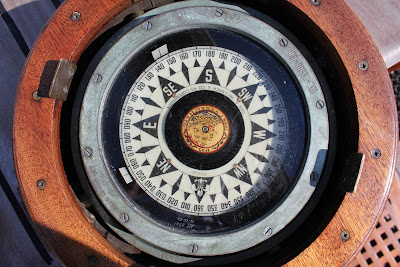 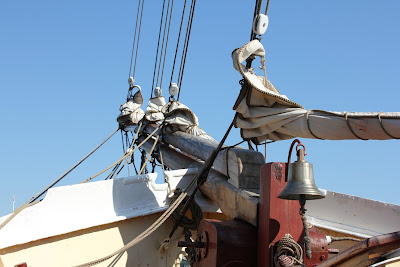