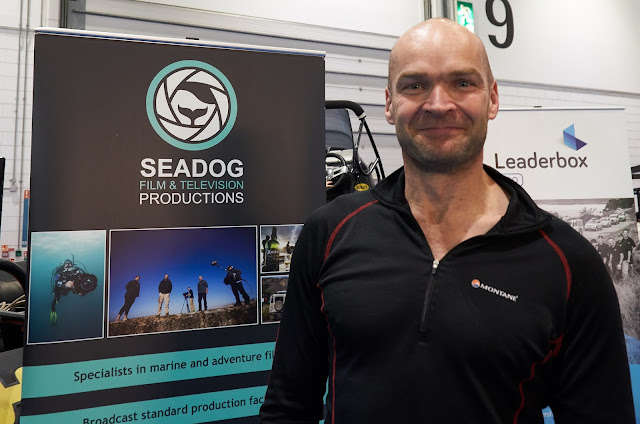 As mentioned in the previous post, Monty Halls was on Saskia Clark's team of the Question of Sailing event.

I first saw Monty on TV in a series of programs about him leaving the city for life on a Hebridean croft, with a large focus on the wildlife of that beautiful part of the world. The scene stealing star was his dog Reuben.

Since then he's done a number of similar shows plus travel to more exotic locations for marine wildlife and diving explorations and TV programs.

I had a brief chat (above) about what's next and he's off to the Pyrenees and Alps for a TV program about the escape routes used by Allied airmen in the war.

Then he got distracted by his kids playing on the RIB in the background of this photo and I wandered off myself in the direction of the book store...