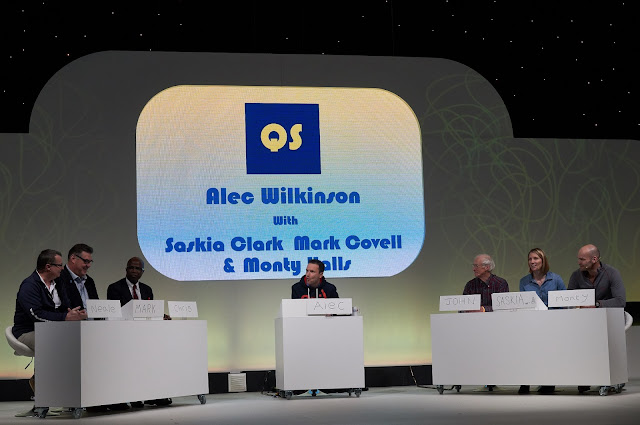 Saskia Clark and Mark Covell were back later on the first Saturday of the London Boat Show in a Question of Sailing hosted by Alec Wilkinson. They were joined by Monty Halls (more on him in the next post) and three attendees of the boat show.

I rather liked Saskia's name card: 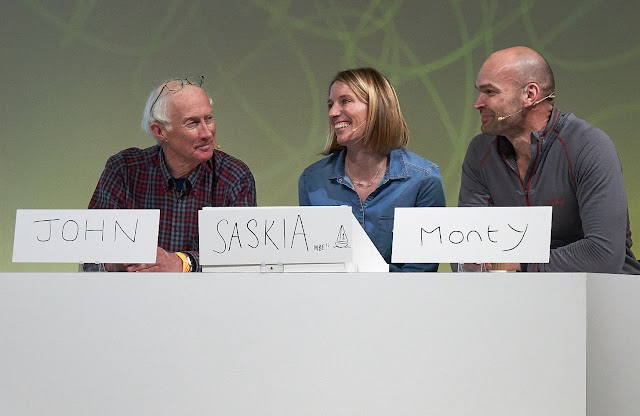 There were sailing related questions, such as identification of flags, and tasks, such as racing to get into life jackets including inflating them (fun).

There was also a "what happened next" round with series of clips, and anyone that follows Sailing La Vagabonde might recognise this one: 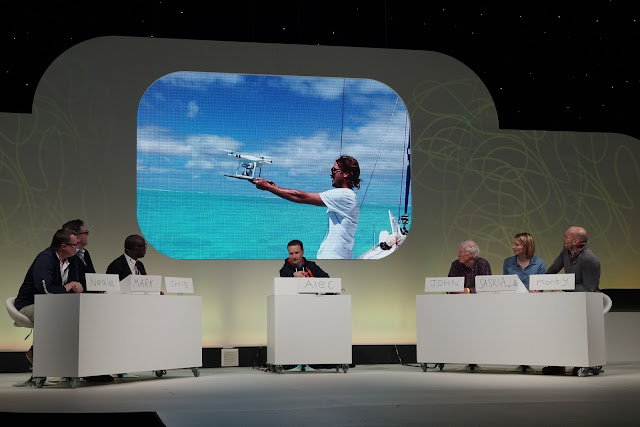 The scores entering the final round were remarkably even - suspiciously so, as Monty Halls pointed out - with tie breaker a hornpipe dance off task: 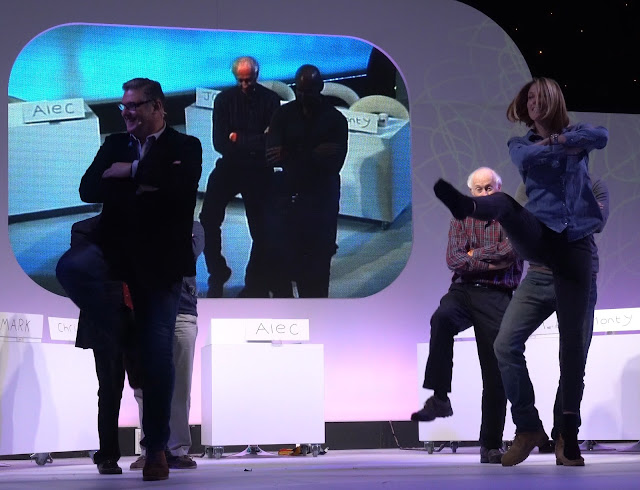 After those high kicks it was clear who the winner would be: Saskia's team! 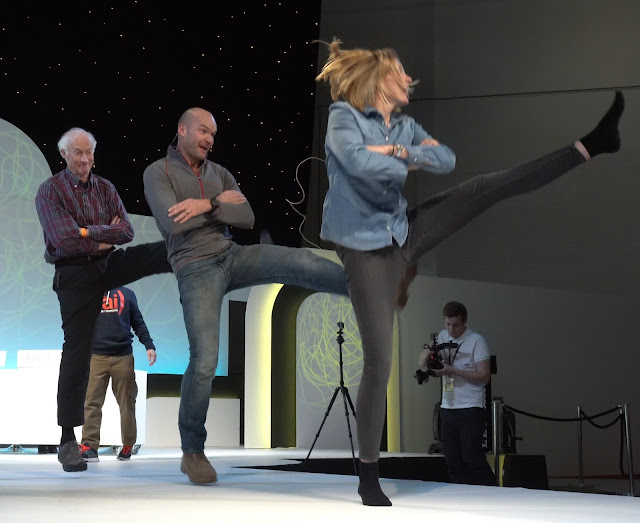 That Saskia high-kick picture is so weird - looks like she has three legs!