Sleaford Mods going down like B.H.S on the Thames

Just spotted this video recorded at Chelsea Harbour here on the Thames by the band Sleaford Mods in which they sing about going down like B.H.S.

For those wondering what this TLA (three letter acronym) means, its a reference to British Home Stores which went into administration in a way that become a bit of a national scandal here in Blighty-land.

The previous owner, Philip Green, took hundreds of millions out of the company, ladening it with debts and leaving a huge hole in the pension fund, and then sold it for £1 just before it crashed to retire to the Med on this £100 million yacht: 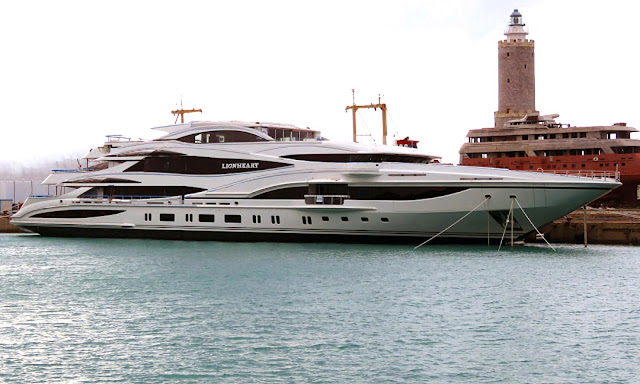 More background from the Guardian here (which is also where the photo came from).

Jason Williamson the vocalist was born in Grantham (as I was.)

I wonder if I still have that lovely East Midlands accent?

I think the interweb needs to know!

How about a Tillerman vlog / youtube version of this video with an Aero taking the place of the yacht?

Be careful what you wish for.

Thanx for the explenation.. most outside Britain probably dont know about this.