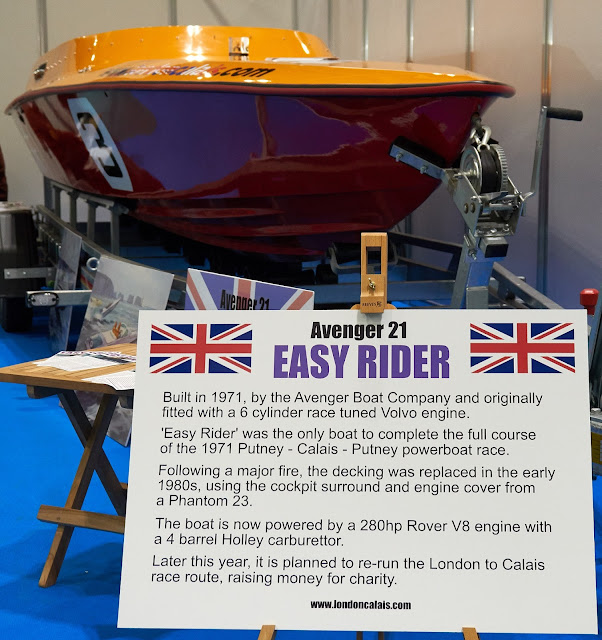 Also spotted at the London Boat Show was this racing powerboat, Easy Rider (above).

Apparently Putney isn't just the start of various rowing races (in particular, the Oxford vs Cambridge bash), it was also the start of a race to Calais and back by powerboat.

You can see a video of the original race back in 1971 in this YouTube clip:
Easy Rider has been restored and is planning a re-run of the race for charity, as described on this web page.

It won't be quite the same as the current PLA rules mean that there is a strict speed limit on the Thames.

Just as well I did my powerboat course a few years ago before the rules changed!