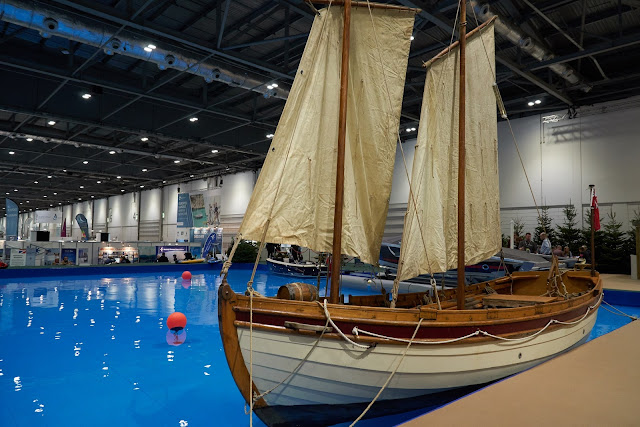 The London Boat Show contains an indoor pool where they demonstrate small boats like canoes and kayaks.

It was also the location where you could see a replica of the long boat used by Captain Bligh after the mutiny on the HMS Bounty on his 4,000 mile voyage to land and safety.

This was used in a recreation of that voyage commissioned by Channel 4 television as announced here. The plan was for 9 men to sail this boat from Tonga to Timur, filming their experiences and comparing against the voyage back in 1789. 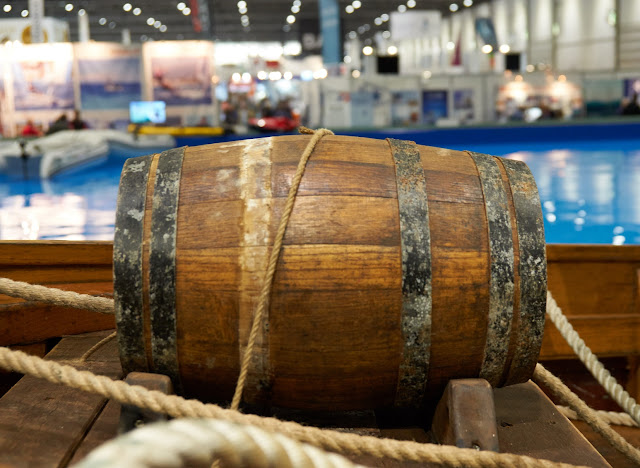