Sailing Uncovered and Mark Covell at the London Boat Show 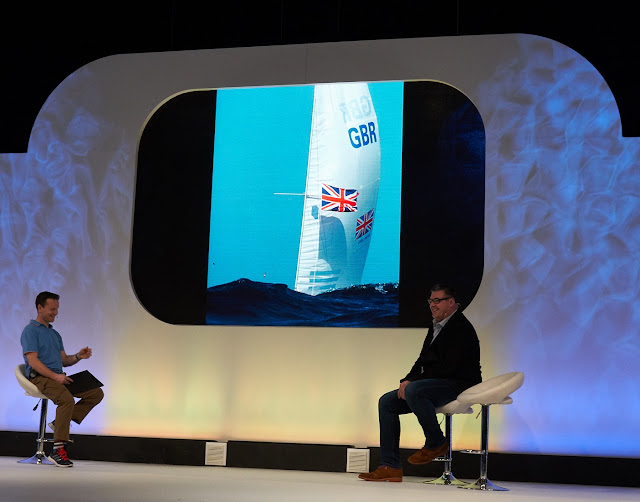 I've mentioned before that for me the high point of the London Boat Show is almost always the people you meet or hear from and this one was no exception.

The organisers seemed to be recognising this with a series of talks across the 9 or so days that the show is open.

The one I went to was hosted by Sailing Uncovered's Alec Wilkinson (above left) and first up was Mark Covell (above right).

Mark Covell won a silver at the Sydney Olympics in the Star class along with Ian Walker. The photo above is of their sail back to the beach knowing they'd won a medal. The Union Jack is actually upside down but the waves were so bad that Ian Walker refused to return to the foredeck to flip it over.

Since then Mark has gone on to build a career in sailing on and off the water. He was part of an America's Cup team (as grinder), was a on-board reporter on the Volvo Ocean race, managed the Boat Project (blogged here) and commented at races such as the America's Cup and Olympics.

He was full of interesting stories from those many years including how he ended up towing a Volvo Ocean Race yacht the hard way across the equator: 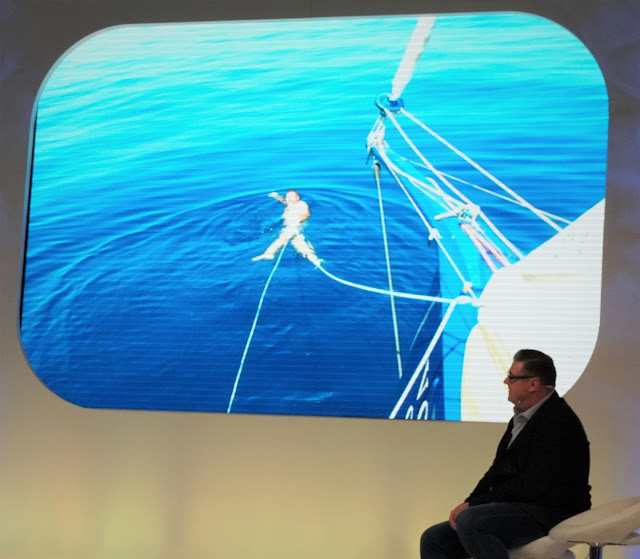 Up next was Olympic Gold Medal winner Saskia Clark...