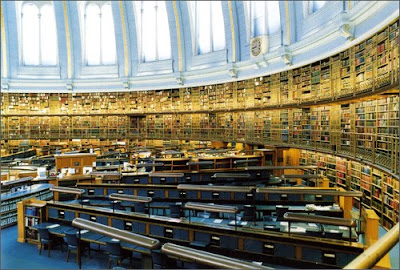 Following the previous post about the cryptic note that might or might not describe an interesting blog post, we had a reply from that well known thriller writer Mr A.R.Port. He not just writes airport novels but also writes then in airports, which alas means that the bulk of the manuscript (which I imagine has in some way a sailing element) is now somewhere in Heathrow Terminal 3 apart from this:
At 9.23 pm, within the 144 year old wood framed house in Georgetown, Washington DC, that was his office, Dexter Langley was examining the parchment that had reached him through his agents within the Templar Scribes.
He frowned and with his customary decisiveness picked up the phone. "Get in here, Pennyweather!" he barked and replaced the handset, turning back to the green beige of his desk on which lay the jumble of words on a scrap of paper that had so far baffled him.
Could this be the missing link to the ancient order that had prophesied the internet back in the pre-Christian Caucasus? Were the Numerologists just a legend?
Dexter remembered his last quest, as expedition librarian to the Bulgarian monasteries where an old monk had recited stories of myths that had been forgotten before time began.
There was a knock on the door and then a young woman entered, with long dark hair and luscious brown eyes. Patricia Pennyweather was on assignment from the British Museum and he suspected her frowns were a sign she looked down her nose at his more physical approach to book archival.
"Come here Patricia - this is going to knock your socks off" he called without looking round.
She sniffed: how could he not notice that she was wearing stockings under the figure hugging Versace dress she had purchased by scraping and saving, making her own pack lunches rather than eating in the two star Michelin restaurant hidden in the secret annex of the British Library reserved for the exclusive use by the Queen's own librarians?
"What have you found?" she asked then gasped as she spotted what lay under the light of Dexter's desk lamp, which had once been owned by Ted Kennedy and given to Dexter for his work in avoiding armageddon by recovering the Chappaquiddick codex.
"Yes, this could be it, the big one. If this were known half the secret societies in the world would be heading for this room, and for all we know they probably are"
She looked closely and read the faded words in archaic Babylonian. "'Blog writer o docker & tasteful pics' - but what does it mean?"
"I'm not sure, but there's something hidden here that is revealed under strong UV light - two letters that look like 'JP'".
"JP....JP" she repeated, her full red lips pouting with each syllable.
Suddenly Dexter banged his fist on the table that shuddered under such a mighty blow powered by the strength that comes from much dedication in the gym and a life on the trail of the world's most hidden texts.
"It's not JP at all - its IP!"
Patricia gasped - "As in TCP/IP, the corner stone of the internet! The Numerologists!!"
Dexter's eyes met Patricia's, both aflame with excitement. "TCP!" they cried as one.
"Yes" said Dexter "I think its time to make a visit to TCP, otherwise known as the Honourable Order of Garglers!"
Posted by JP at 6:56 pm

What exactly happens, when a woman enters the door with long dark hair and luscious brown eyes?? Who's hair? Who's eyes? Could be a clue!

Whatever you were drinking when you wrote this, I want some!

Actually consider myself very lucky that Carol Anne didn't give the post a score card for good English as I suspect the result would be poor.

Tillerman: spent the weekend in the country where they have this thing they call "fresh air" which is a bit like London air but without the toxins, heavy metals, carcinogens etc.

So I think you can put it down to what Coldplay would no doubt call a rush of Oxygen to the brain.

JP, I would think Michael would know what happens when a woman enters the door with long brown hair and luscious brown eyes.

Which reminds me that I hate going to the numerologist.

I always wonder why guys go into that line of work.

I think that says it all