Where do blog posts come from 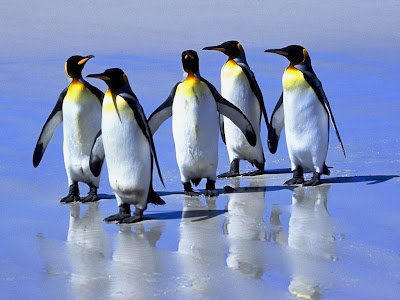 London is not a good place for cars.

Like many others I commute by tube and train but while the network is pretty widespread you still have get to and from stations, and for me that means walking.

Most days it feels too long, the commute to and fro eating up precious time. After O'Docker's post I fired up Google Earth and used their polygon tool to measure the distances and over a month it adds up to about 100 miles on foot.

But you get to see the city, if only a small part. You see the seasons change, buildings come - and go, faces from around the world, hear languages you can only guess at, lovers, fights, foxes, runners, police constables, and shoppers. You have time to see the small things and imagine what life would have been like hundreds of years ago.

Dickens too walked the streets, endlessly, obsessively. Maybe that's where some of his books came from.

For me its also a good proving ground for blog posts, bubbling from the subconscious up to where the words can be polished into sentences.

Agreed! I too use commuting time for reflection and writing inspiration. Sometimes it comes from a song, a podcast, or an audio book played on the stereo during the commute. Other times the monotony of the drive drags it out of my brain.

JP, I'm always jealous of towns with such amazing mass transit choices. I think the Big 3 auto companies squashed any chance for real mass transit in the Detroit area a long time ago, and it is too late for it now. I'd love the chance to walk (or a short drive) to then take a bus/train into an office in a busy downtown. it's harder to brainstorm for blogging opportunities when stuck in traffic on the expressway.

I find that walking a mile south, a mile east and a mile north is wonderful for stimulating new ideas for blog posts, especially if I end up where I started. What colour was the penguin?

My post on walking was also largely written in my head while - walking. I didn't go into many of the reasons I like to walk, but having time to think an idea through with no distractions is certainly one of them.

You are lucky to live in one of the world's most 'walkable' cities. We're planning a few days in London, soon, staying in a small Belgravia hotel, and at first assumed we'd be tubing everywhere. But checking Google maps, we've discovered that most everything we'd like to see should be an easy - and pleasant - walk.

I've never been to Detroit though I think I did go very near it if not through it when travelling by train from Toronto to Chicago. The latter got a big thumbs up when I discovered it had put its tube up in the air! It also looked very good in the Blues Brothers. Not too late for Detroit to follow suit.

O'Docker - When are you coming over? Let me know if you're around for a blogger meet up.

You might also like to check out the Boris bikes: there are hire stations all across London so you can get around on two wheels if you'd rather.

JP, can you email me at odocker at gmail dot com. I have several email addresses for you and am not sure which one is the best to use. Thanks.